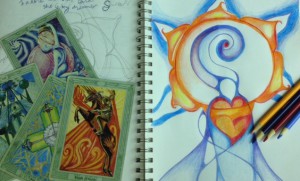 Quest 2016 continues with a prompt by Scott Barry Kaufman, Director of the Imagination Institute in the Positive Psychology Center at the University of Pennsylvania:

What recurring daydream for 2016 inspires you to do business as unusual like never before?

As a lifelong writer and artist, I feel very connected to my night-time dreams and daydreams; both inspire many of my poems, poetry movies, and other projects. The part of the question I’m listening to carefully in this prompt is how to bring this daydreaming self into my “business as unusual” life in 2016. Business as “unusual” involves deepening my role as a Tarot Writing Teacher and adding a new role as a Tarot Consultant.

Face up: First I selected a card from the deck face up so I could consciously choose the card that most accurately depicts my daydreamer:  the Thoth deck’s Star card.  She is my favorite image in that particular deck because of her lovely pale lavendars and blues and for the serpentine way she sits positioned outside of time, one cup catching the starlight and one cup pouring it out for others below her to enjoy.

Face-down: To honor the traditional subconscious process of drawing Tarot cards blind, I drew three cards face down to better understand how I can support the emerging Star card Self I am trying to bring forward out of daydream and into reality in 2016.

Taking on a consulting business will require discipline, balance, and adjustment since it will be an additional responsibility and blessing to tend and open to in a life full already with raising a family, teaching, and writing.

Key to What’s Holding Me Back: 4 of Swords

I’m definitely still calling a truce with the past, especially with childhood beliefs around money and agency and ways the past in general has had a grip on my concept of self. I do not want to stay stuck in old ways of relating to self and others, so I welcome this Truce with the past.

Key to the Next Step: The Knight of Wands.

Angeles Arrien in her Tarot Handbook: Practical Applications of Ancient Visual Symbols writes that this Knight is “committed to the principles of spiritual growth and evolution” and “doesn’t hold back any part of self.” She also calls him the Vision Quester. I took this synchronicity as an affirmation that I am on firmly on my way, engaging here on Quest 2016! 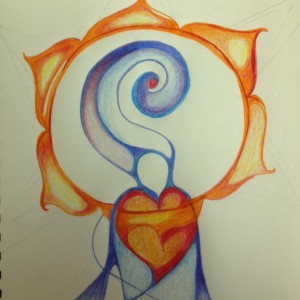 Today’s in-process drawing: A Sunflower Star. As I colored, I thought about the ways I need to be grounded and rooted like a sunflower and simultaneously connected to beauty of the sky and the heavens to do this work with the bridge/portal of heart as the nexus of exchanging energy and information with others.

If you could “be” any constellation, which one would you be and why? Which portion of the constellation’s myth have you lived? How would you change the myth?

The Moon and The Devil at Tarot for Two, on the child self, trusting life again “off the cushion,” and Alejandro Jodorowsky and Eileen Connolly’s interpretations of the Star Card.

Few voices in psychology champion the imagination like SCOTT BARRY KAUFMAN. He researches and writes about human possibility and believes in the power of imagination and creativity to transform society for the better. Tagged as a “special ed” student, Scott is author of Ungifted: Intelligence Redefined (Basic Books 2013) and co-author of the upcoming book Wired to Create: Unraveling the Mysteries of the Creative Mind (Perigee Books 2015). He is also host of The Psychology Podcast and co-founder of The Creativity Post.

A sampling of posts by Questers responding to today’s prompt by Scott Barry Kaufman:

I have to choose ONE?? by Brenna Layne

The Tiger is Here: Re-entering the Space Between Selves by Amy Ozarow Oscar

Daydream: On Singing my Song by Stan Stewart **Blog and Music Response

The Daring and Daunting Planet-Saving Dreams of Aitkanti, my leather back sea-turtle spirit guide by Loraine Van Tuyl, PhD 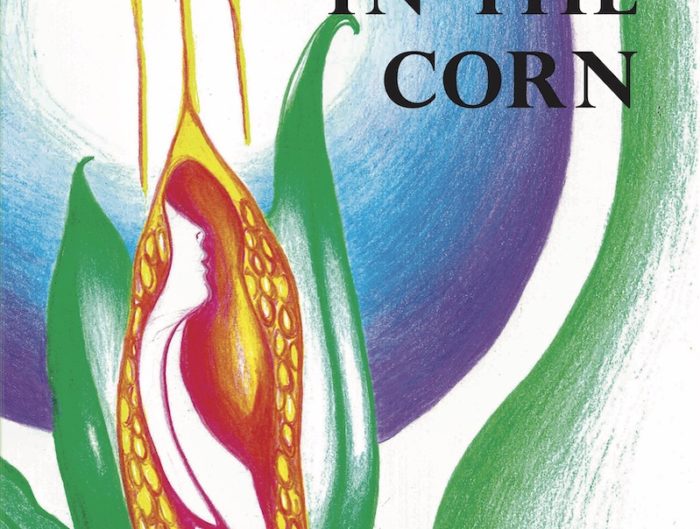 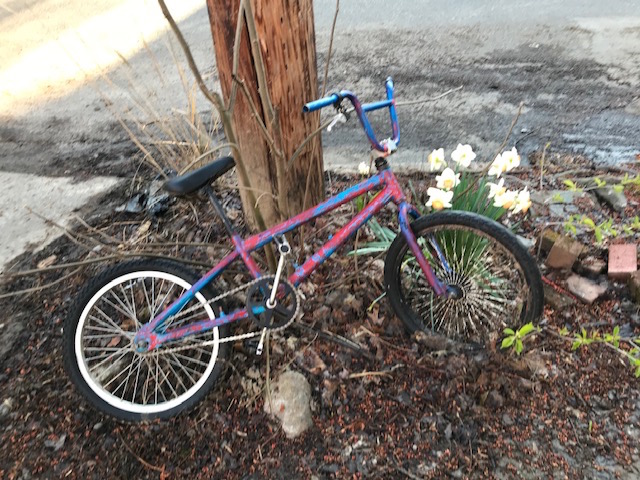 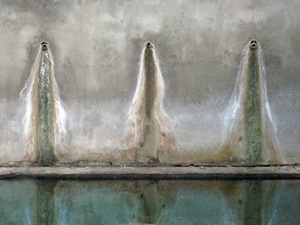