Four Ways to Use Tarot to Write New Poetry 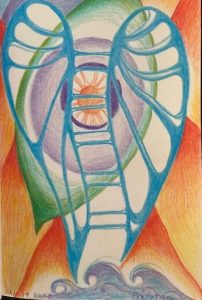 Tarot cards, traditionally associated with divination, provide countless paths to inspiration for writers. Here are four ways tarot cards can be a focal point for the creation of new poetry:

Writers from the tarot curious to the tarot savvy can use any of these four areas of focus as a means to write new poetry. No foreknowledge of the tarot is necessary, though engaging with the cards in any of these ways will inevitably create a deeper connection to the tarot, the self, and one’s intuition. (If you are interested in using these four paths to create new work, see my upcoming 30-Day Tarot Poetry Class that starts on April 1). 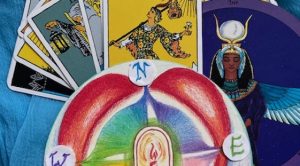 Tarot as a Point of Self-Exploration

Picking a card from the deck and writing to it “cold” (without understanding the deck maker’s interpretation) gives you a chance to connect the imagery to experiences you have lived in the past. In this way you mine your life for raw narrative poetry material. Start by free-writing to the colors, images, and the scene on the card itself. Allow the imagery to elicit your own associations and memories as you point your arrow of inquiry into the past.

You can always dive into the deck maker’s interpretations and free-write again with an informed understanding of their intent for the card. From those free-writings, go back in and circle your strongest lines as a starting point for further writing and revision as you craft your poem.

In the example below, Lisa began with the traditional interpretation of the Ace of Wands: a new beginning or a spark lighting a new passion. She then connected this to her own passion – writing. She wrote her poem after free-writing and tarot journaling to arrive at her own notion of the Ace of Wands. Here’s an excerpt of Lisa’s poem from Heart’s Compass Tarot: 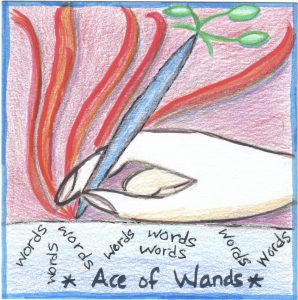 being lit by creativity

light and words flowing on the page

source of fire, the need to create

Tarot as a Work of Art

Pick a card and write in direct response to the artwork (also known as ekphrasis). Use the images to create a poem based on the imagined narrative of the artwork on the card. Here’s an excerpt from Kali—The Awakener by Marianela Medrano. She wrote this poem based on the image of the Motherpeace image of the Tower card which depicts the Goddess Kali. Excerpt from Heart’s Compass Tarot:

I was standing at the threshold of becoming,
your black breast poured a river of words to drown me in.

ripped up every layer of myself until I was no more.
We dreamed of the apocalypse before the births of gods.

Come, by all means, make me translucent,

turn me into a veil once more. Wear me, burn me.
Let me be your tongue, your many arms, your three eyes.

Here Marianela enters the scene, “I was standing at the threshold of becoming,” giving herself an entry to engage with Kali. She addresses Kali directly and takes us into the story between them, “You, Fearsome One / ripped up every layer of myself until I was no more.” She continues the conversation by inviting Kali closer, “Come, by all means, make me translucent.” We are inside the relationship, inside of the invitation, watching the scene unfold through Marianela’s eyes.

Tarot as a Source of Theme

Pick the same tarot card from a number of decks. Write based on how you see the theme of the card/s expressed across decks. Explore the larger theme of the energy represented on the card itself. This is how Christine Stewart-Nuñez arrived at her poem, the Queen of Swords, which gives us a compilation of her understanding of the energy behind the Queen of Swords accrued over time. Excerpt from Heart’s Compass Tarot:

Between geyser steam and glacial ice,

between the ocean’s moan and mountain’s

whistle; between moonrock and lava,

between keening and calm, the wind blows.

In the lines above, Christine begins to define a “between” space she identifies with the Queen of Swords. We are pulled into the specifics of the “between zone,” and discover the force residing there: the wind itself. She goes on in the poem to connect that wind to the ways the Queen uses her mind. When I asked Christine about writing this poem, she added, “For me the Queen of Swords presents decisive intellectual energy. And between the extremes and continuums in the world, she works to seek agency to make change.” 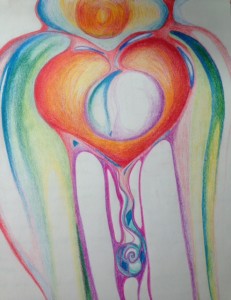 Tarot as a Means to Marry Poetic Form to Theme

Once you’ve selected a tarot card and you’ve spent time understanding the basic energy representing the card, consider which poetic form might exemplify some aspect of the energy of the card. There are no right answers here; your choice of poetic form might differ from mine. For example, the Ace of Swords can be interpreted as a card about the focal power of the mind and our ability to distill and home in on the essence of what we encounter around us. Haiku, as a poetic form, is one possible match. You could try your hand at writing an Ace of Swords Haiku. And if you wanted to dance across the entire deck, you could take the Ace of Swords focus to the rest of the cards and try the exercise of writing a Haiku for each card.

The Ace of Cups is a card representing the watery realm of emotions and self-love in addition to the capacity to love. Another poetic form match for this card is the aubade: a letter written at dawn either to the dawn itself or to the lover one is leaving at first light. Leaving the beloved, the lover returns to the domain of her own heart again but enshrines the state of her love/sorrow/any aspect of the experience with the beloved in the aubade. Poetry foundation defines an aubade as, “A love poem or song welcoming or lamenting the arrival of the dawn.” Here’s a example of an aubade, written by Louise Bogan:

I do not know where either of us can turn

Just at first, waking from the sleep of each other.

Read the rest of the poem at Poetry Foundation here: 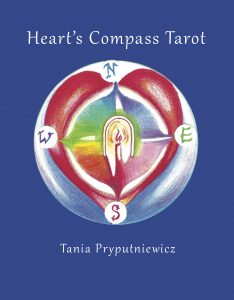 As mentioned at the top of this post, if using these approaches appeals to you, consider joining me for a 30-Day Heart’s Compass Tarot Challenge in celebration of National Poetry Writing Month (offered through San Diego Writers, Ink) based in part on the tarot poetry chapter of Heart’s Compass Tarot. Every day in the month of April, in addition to the visual prompts of the tarot card of the day, you’ll receive writing prompts pairing existing published poems by local, national and international poets with the energy of the tarot card under study (course begins on April 1, registration now open). Tarot card images provided, though students are welcome to use their own decks.

If you are unable to join me, I invite you to try your hand at pairing existing poems with your favorite cards in the deck; it is a beautiful, meditative process sure to bring you joy and spark your desire to write new poems. Enjoy! 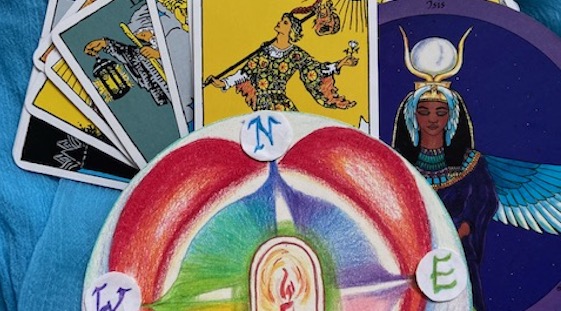 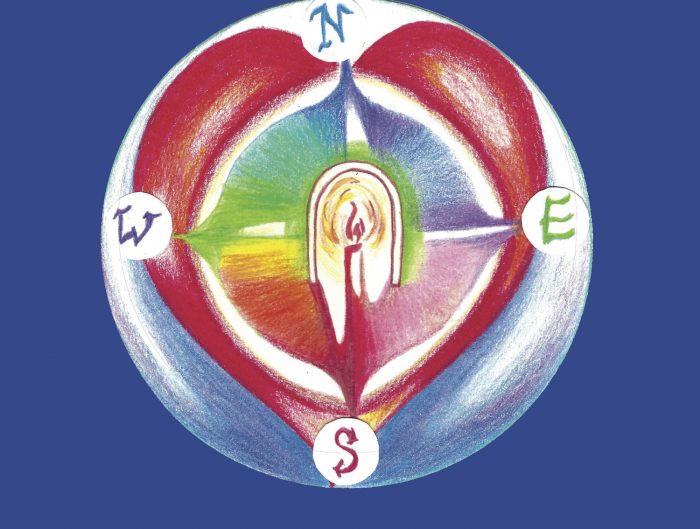