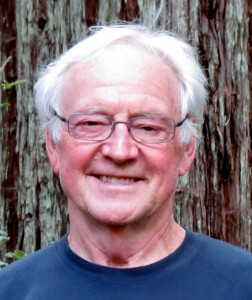 The Tarot cards, all 78 of them, appeared to be silos of experience through which I could interpret many aspects of the Sixties–William Haigwood

The Counterculture Tarot: a photo journey through the Sixties is a beautiful Tarot deck comprised of black and white photographs from the Sixties. Writer, photographer, journalist William Haigwood offers up on his website a dynamite complete tarot card index (image library) accompanied by fertile mini essays that provide wonderful historical context and associative possibilities for connecting his choice of his own photographic image to each traditional Tarot image.

What I find so exciting and enticing about Haigwood’s Tarot deck is the way he’s used the images from living history to connect what he calls “silos of experience,” lived human experience, to each Major Arcanum’s archetypal essence (something he does actually with every single card in the deck). What a beautiful way to cast one’s net: back in time in order to give us perspective and help us explore the past, questions of the times, and questions we still carry forward as we consider how to shape our current times. In his afterword, Haigwood writes,

Within the Tarot’s rich and ever augmented symbolism are paths to new perspectives, to places where poetry and history converge. Life may be an aberrant disruption of the cosmos. It may be discontinuous, disturbing, painful, and without apparent meaning. But it is a journey and its experiences-especially those at crucial and decisive intersections-rebound memorably as long as we live.

I believe you’ll find his work memorable and moving and as I joked (sincerely!) to him over the phone, you’ll find reading his book akin to working towards a PhD  of Enlightenment regarding the complexities of the Sixties (something particularly reassuring to folks in my generation–children of Baby Boomers). Journeying the Sixties: A Counterculture Tarot has been developed both as an App, deck, and book. Here’s the link for more information where you can order the Counterculture Tarot App and deck. 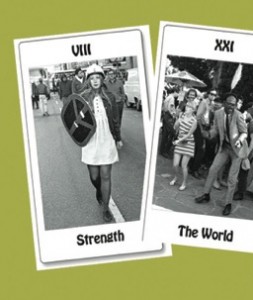 Which Tarot deck did you make and why?

The Counterculture Tarot grew out of the archiving of several thousand photos I made while a photographer and journalist during the Sixties.  I had taken a deep interest in the Tarot, its history and symbolism and one evening scanned an old negative of the arrest of an anti-war demonstrator.  The subject’s frozen stance while a cop held the protester immobile with a club thrust under his throat made me think immediately of the Hanged Man.  I used Photoshop to make a Hanged Man card from the image.  I then recalled all the qualities of the Hanged Man and how they were enacted and described during the Sixties: Martin Luther King writing his passionate call to action from the Birmingham jail; Betty Friedan describing the paralyzing qualities of the feminine mystique; Mohammed Ali stripped of his boxing title and not allowed to fight for five years because he refused to be drafted into the Army; hippies stoned on acid and held motionless while their minds wandered across the universe.

As I searched through my 40-year-old photos I began to find subjects that worked amazingly well as Tarot images and that also suggested, with their reference to Tarot qualities, the experiences many of us actually “lived” during that period.  The Tarot cards, all 78 of them, appeared to be silos of experience through which I could interpret many aspects of the Sixties.  Educated as a historian at Berkeley, I began to write essays that reflected on the quality of each card’s traditional meaning and how those meanings related to specific experiences of the Counterculture.  In addition to the Counterculture Tarot deck, I produced a book Journeying the Sixties: A Counterculture Tarot that contains my photos and 78 essays, comprising more than 130,000 words of historic reference and description.  I found the Tarot a fabulous medium through which to relate key events and developments of the era and in a way that is meaningful both as a Tarot experience and as history.  The book has a 26-page bibliography and more than 400 citations.

Additional to the deck and the book, there is now a Counterculture Tarot App available through Fool’s Dog and the Apple Store and which contains all the cards and abridged versions of the essays.

How long did it take to make the deck? (can you address your biggest challenge and the biggest success or joy of your process if you can)?

The cards took about a year to produce.  The essays followed and I spent probably a year and a half researching the experiences described and summarized in the cards.  I found that certain “qualities” gravitated naturally to both the major arcana and the different suits.  These patterns are described in the book and also in essays that appear on my website.  I submitted the deck to Aeclectic.net and was happily surprised that the deck was given a five-star rating.  Later, as I perused the site I realized that of some 1400 decks reviewed on Aeclectic, barely three-dozen have received five stars.  I was deeply moved by this recognition.  Also, Tarot writer and scholar Mary K. Greer encountered my deck at the annual Bay Area Tarot Symposium and generously agreed to write an encouraging foreword for my book.

I was also contacted by a major publisher of Tarot decks eager to publish my deck and distribute it.  But when I received the publishing contract I was dismayed and disappointed by the terms, which essentially gave ownership of my work to the publisher. I turned down the publishing contract and, instead, self-published the book and deck.  Later I was contacted by Fool’s Dog, which now distributes the Counterculture Tarot as an app.

How were you personally changed by the process of making your Tarot deck?

The Counterculture Tarot exploded as a creative project during a time of enormous personal challenge for me.  I was going through a difficult divorce and changing careers at the time and the work I did on this deck reconnected me with promptings and values I had lost hold of.  The success of this project was an enormous boost to my personal resilience and to my creative drive in both photography and writing.  Following release of the Counterculture Tarot, I began writing novels, grouped under a self-created category I describe as “Stories of the Post-Counterculture” (and also featured on my website).

I have published two of my novels and two more, plus a collection of stories, are waiting in the wings and will be published over the next two years.  I began a fifth novel last fall and have another collection of stories blocked and ready to write.  I average about 2,000 words a week on my writing projects and have been writing fiction for nearly five years without interruption.  I married a wonderful woman in 2013 that I’d known as a dear friend since we met at a family service agency in 1999 where we both worked with at-risk families and children. We had lost touch and met again years later at a professional training.   She is an instructor at a local college and has brought me into the orbit of her very large and loving family.  She has been an inspiration and support for my writing.

I recently retired and several key events and experiences have contributed to making these years among the best and most productive of my life. Perhaps the biggest change of all was recognizing in the Tarot some of the key forces at work in my own journey.  I have for a while now been reacquainting myself with a variety of symbolic systems that shed a bright and revelatory light on the qualities and values that shape conscious existence and that also contribute enormously to what I produce as a writer.  It is an exercise I hope the Counterculture Tarot will encourage in others.

William Cook Haigwood began his career in journalsim as a reporter and photographer for the Berkeley Daily Gazette in the 1960s while earning a degree in history from the University of California. He covered student protests and the emergence of the counterculture in the San Francisco Bay Area, Northern California and the Pacific Northwest well into the 1970s, writing hundreds of articles and making thousands of photographs. Haigwood’s work as a reporter brought him interviews with numerous political figures and personalities of the era including Robert Kennedy, Tom Hadyn, Dr. Timothy Leary, Jane Fonda, Germain Greer, Gay Talese, Woody Allen, and Janice Joplin to name a few. Haigwood has combined abiding academic and vocational interests in art, history, and psychology with his eyewitness experience as a journalist to produce the manuscript for Journeying the Sixties: A Counterculture Tarot. Haigwood continues to write and to produce photography. Projects include Davenport, a novel that recounts the history of Northern California’s free beach movement, as well as photographs entitled Comfortable Uncertainties that offers Buddhist perspectives on the subtle and not-so-subtle contradictions contained within everyday living. To read his full bio (excerpted here), please visit his site.

Second and third images are taken from a bookmark designed for promotional purposes by Michelle Wing; photos appearing on the bookmark are images from the Counterculture Tarot, photography of William Haigwood.