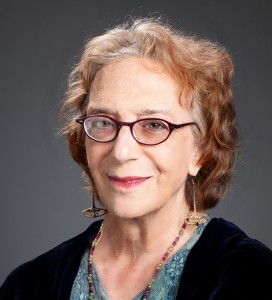 Editor’s Note: How does one introduce world-renowned Tarot deck maker, scholar, writer, artist, and collaborator Rachel Pollack? With unbridled joy, deep respect, and gratitude for her years of contributions to the Tarot world. Pollack has authored 37 fiction and non-fiction books; her work has been translated into 15 different languages. Like countless other Tarot enthusiasts, I fell in love with Pollack’s 78 Degrees of Wisdom (nineteen years ago now) and still use it today with my Tarot students.

In today’s interview, Pollack addresses her creative process–singly and in collaboration–for the making of prior decks (Shining Tribe, Vertigo, Burning Serpent Oracle) as well as forthcoming work (Raziel Tarot–The Secret Teachings of Adam and Eve).

Which Tarot deck/s did you make and why?

The only deck I have made completely is the Shining Tribe deck.  I co-designed (with the writer Neil Gaiman and two others) the Vertigo Tarot, but did none of the art.  In the last few years I have been working with Tarot artist Robert M. Place to create new decks.  We did the Burning Serpent Oracle (based on the Lenormand tradition rather than Tarot) and now we are developing the Raziel Tarot–the Secret Teachings of Adam and Eve, a deck inspired by Jewish lore, mysticism, magic, and myth.  You can find out about both of these projects at www.burningserpent.com.  I have been more closely involved with the creation of the individual pictures for these, even though I have not done any of the actual art. 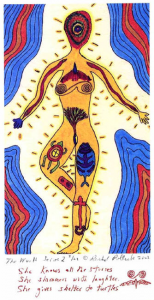 Several things went into the creation of the Shining Tribe deck (originally called Shining Woman).  One was simply a feeling that I had worked with the Tarot for years and it was time to create my own deck.  I had written a book, The New Tarot, on a wave of decks that had come out in the 70’s and 80’s, and felt I wanted to join them.  Second, I had become very involved in prehistoric and tribal art, as well as Goddess spirituality, and wanted to use those sources as the basis for a deck.

I actually did not expect to draw the cards.  I had never done any art.  But I tried working with three artists and it never worked out.  I had done a series of simple cards, more to guide an artist, but still usable for some readings, and when I showed them to the great artist Niki de St. Phalle, creator of a magnificent Tarot sculpture garden, she said, “You must do them yourself!”  So I started putting more effort into it and became excited by producing my own vision myself.

How long did it take to make your deck?

It took about four years from start to finish.  Partly there were the false starts with professional artists, and then teaching myself to draw, but also some  major upheavals in my life.  My biggest creative spurt came right after a traumatic break-up.  A friend let me stay in her cabin by the sea and I did nothing but draw cards for two weeks.  At the same time, a large part of my process was to wait for images to come to me.  I did not want to logically, or conceptually, work out what something should be, but rather see a photo of a rock painting in New Mexico, and decide to use it for the 5 of Stones, or see a diagram of the human spinal column and realize it could make a powerful 7 of Trees.  The 4 of Birds came from a friend’s vision during meditation.

How were you personally changed by the process of making your Tarot decks?

There was a much greater intimacy with the cards, not just my own deck, but others.  I discovered that the Tarot can have a great sense of humor, and play with you through the cards it gives you.  The Shining Tribe deck also led to a major practice of mine I call Wisdom Readings, in which we ask the cards questions beyond personal issues.  The first Wisdom reading was “What is the soul?” I pulled just one card, the Ace of Birds, an owl in darkness staring intently at the reader.  Other people have adopted the practice of Wisdom readings, so creating my own deck has led to a contribution to the history of reading cards.

And of course, I also discovered that I could be an artist, even with a limited technical range.  For awhile I hoped to pursue this, and made a series of further drawings, but there was simply no time to both write and draw, and writing is my first love, and the thing I do best.  Still, it was a great discovery.  I did have a number of successful shows in small galleries.  I remember once Niki telling me that she could never learn perspective.  People had taught her, and she did it, and then forgot almost immediately.  So she made a virtue of her limitation and became one of her time’s greatest artists.  I would never pretend to be at that level, but I’m happy with what I’ve done.  It’s interesting to me that while many Tarot enthusiasts just see the Shining Tribe cards as “childlike” (which is silly, since I was always conscious of what I was doing), the people who have been most enthusiastic about them have been artists.

Rachel Pollack is the author of 37 books of fiction and non-fiction, including two award-winning novels, a poetry collection, a translation (with David Vine) of Sophocles’s Oidipous Tyrannos (“Oedipus Rex”) and a series of books about Tarot that have become known around the world.  Her first tarot book, 78 Degrees Of Wisdom, has been in print continuously since its publication in 1980, and is known around the world as “the Bible of Tarot readers.”  She designed and drew her own Tarot deck, The Shining Tribe, and has co-created, with Robert M. Place, The Burning Serpent, a deck based on the European Lenormand cards.  She and Robert Place are currently developing a new Tarot deck, The Raziel Tarot—The Secret Teachings of Adam and Eve.

Rachel has taught and lectured in the U.S. Canada, Europe, the UK, Australia, New Zealand, and China.  Her books have been translated into 15 languages, and have sold well over a million copies.  Until her recent retirement, Rachel was a senior faculty member of Goddard College’s MFA in Writing program.  She lives in New York’s Hudson Valley.

Artwork of The World Card, Shining Tribe: by Rachel Pollack 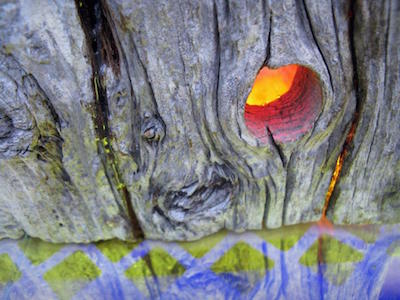 Tarot Tuesday: The Ace of Disks, or The Gift of Preparing to Receive
April 12, 2016 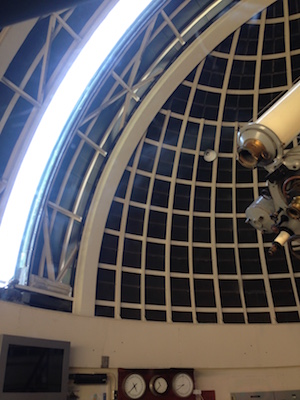