Sylvia, Is It Sleep or Words You Miss: November Butterfly Poetry Prompt 2 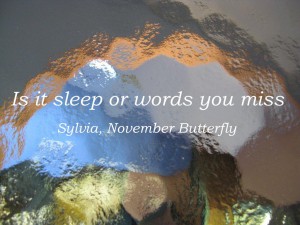 In good company with many a girl poet of my generation, I remember (at the naïve age of 19) stepping out of the pristine order of Plath’s poetry and circling her life, which really meant hunting Ted, blaming Ted, for Sylvia’s destruction; if only he’d been faithful, if only he hadn’t burned her journals, think what else she’d have written, as if Sylvia didn’t have any vulnerabilities or failures, as if she belonged to all of us, women poets in particular, as if I personally knew, an attitude with an attendant voyeuristic hovering in the couple’s collective corona replete with light and distortions meant only for them.- Phantom Narratives and the Reel Picture (Feral Mom, Feral Writer)

Sylvia. Girl poets the world over continue to read Plath. My love for her work remains steadfast. When I became a mother, the particulars of her life story saddened me in new ways; that emotional metamorphosis served as the starting point for the poem Sylvia we are using as today’s writing countdown to publication prompt from November Butterfly (forthcoming from Saddle Road Press, November 1, 2014).

Today’s prompts are based on excerpts from the blog post Phantom Narratives and the Reel Picture (Feral Mom, Feral Writer):

Write for twenty minutes without censor. Post your response in comments if inspired to do so.

A partial version of the poem Sylvia was originally published by The Blood Orange Review: Crows bordered the seams of your leaving

Read Milk and Bread, a poem by Alessandra Bava up at elimae. 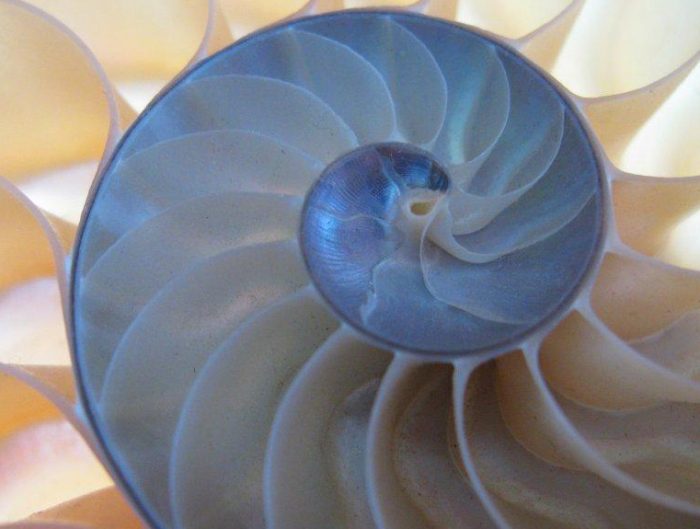 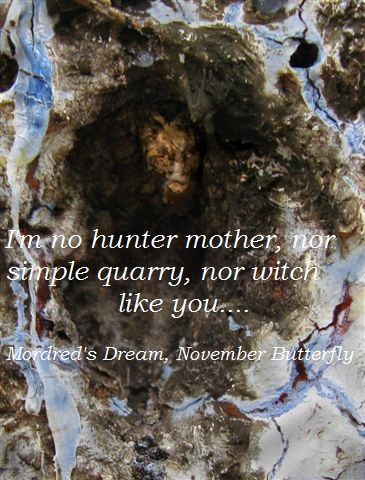 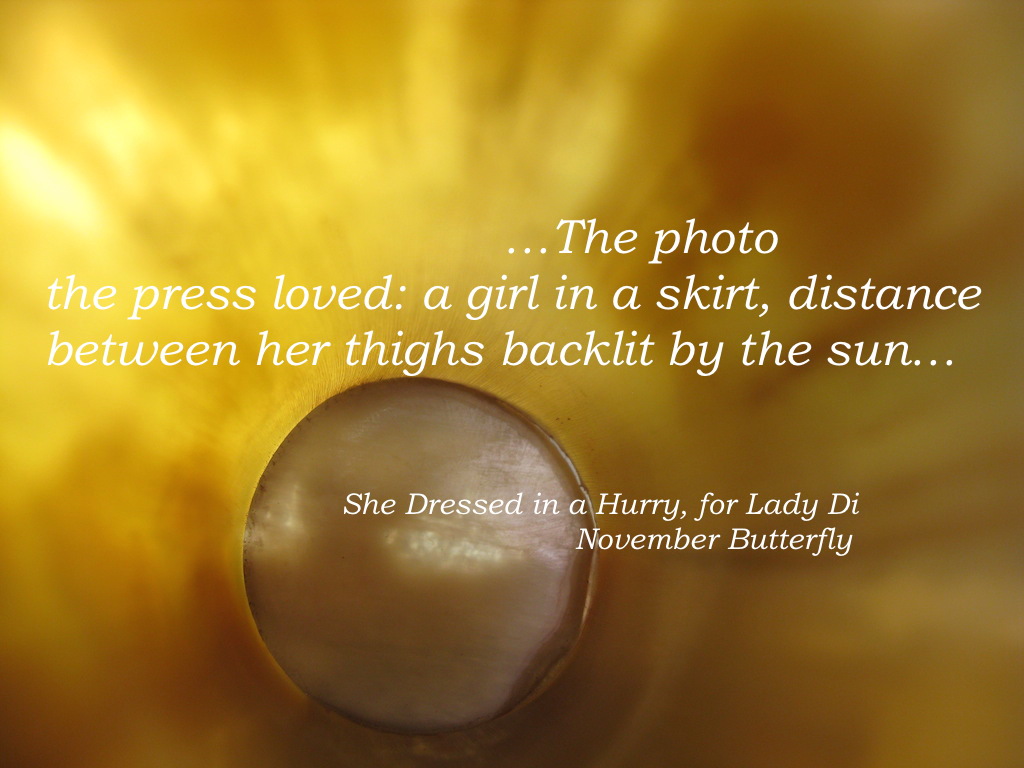