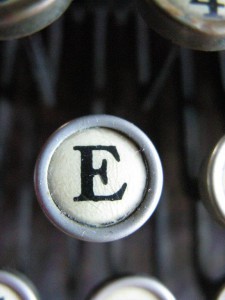 A letter is a Joy of Earth / It is denied the Gods—Emily Dickinson, 1885

Letter writing may be denied the Gods, but Emily’s turn of the phrase, with her distinctive finality inspires a creative challenge—so try it, poets: choose a couple gods and draft up a set of letter poems between them; for reminders on backdrop, visit Poets.org’s Poetic Form, Epistle. Or succumb to your blogger self, forgo the poem, and take a look at what happens when bloggers get ahold of the epistolary form.

Dear Mr. Postman begs the question, What would you say to your postman in a letter? We expect letters on a variety of tangents which is just what the blogger, Maggie MK Hess, delivers. How clever to choose a specific audience of one (postman), a regular familiar (at your residence daily) who is also a complete stranger. Here we have the blog functioning as confessional booth, postman as pardoning priest of sorts (though this is definitely my metaphor play, not what the blogger states as her purpose–you must read and delight for yourself in her structure). Since May when I first drafted this post, Hess changed her format adding graphic tiles with titles in varied font that act as visual postcards you tap to proceed into each post. Here’s a fun couple of representative posts:  what is happiness anyway it’s probably for the birds offers a humorous look at the emotional baggage writers might bring to a literary conference (such as AWP). A much earlier post, Dear Bill,  addresses Clinton and confesses a rationale for switching an allegiance to Hillary. Were you to blog in this vein, who might you address in your sequence of letters?

Please refrain from jumping on the bed if I am reading or have just read a ghost story. It is by no manner funny and exposes a dark underbelly of your personality as you rejoice in the fear of another. Also, it means that I do not sleep well and consequently get up late so you have to wait longer for your breakfast. 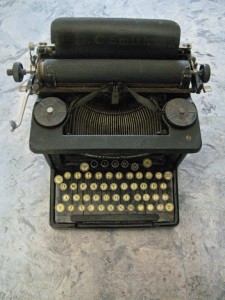 The World Needs More Love Letters  was started by Hannah K. Brencher when her relocation to New York City “unraveled her” and she found she “needed a way to cope.”  She planted letters all around New York City, spent the year writing 400 love letters, and blossomed, as she says in the Ted Talk:  Love Letters to Strangers, when she made a promise on her blog that she would write anyone who asked a hand written letter. Overnight her “inbox turned into a harbor of heartbreak” igniting her path to her interactive blog as it stands with her team of 17 bloggers. She invites various levels of participation from blogging ambassador to social media helper to love letter writer and developed a “Campus Cursive” branch which brings the letter writing movement to campus locations. I love the way bloggers serialize these kinds of projects…you get process and product as you go. In this example, the blogger chronicles the results of letters going out into the actual world as physical objects beyond the blog.

Asia’s 300 love letter blog (slightly wild, racy) also tackles the writing of physical love letters, though Asia works solo and addresses not strangers but people in her life. She too uses color tiles (minus titles) so her homepage confronts us with rows and rows of tiny squares. All flesh-colored tiles correspond to letters written to her dream lover, while all blue tiles correspond to those written to friends. Her flurry of letters comprise a brave and gutsy exhibition. She labels her “about” tab “an explanation” in which she gives us a letter containing the following conversation with a boy:

“The letters are going to be glued to the outside of the envelopes, so that the mailman, and presumably whoever the recipient lives with, will be able to see and read them. The letters aren’t to strangers, they’re to people I know.” The boy looks at me. We’re walking around, after work, deserted streets. He says, “I don’t understand. Why are you doing this?”, and I answer vaguely, talking about crossing space and the kind of intimacy that I believe is lacking from our society. And I’m left thinking: Is this project complicated or simple, idiotic or interesting?”

Asia, I vote for complicated and interesting—I love the color tiles and the impulse.

We’ve all gotten letters of rejection…why not ease the sting by sharing  them and drawing empathy from like sufferers. I love this next example, also from the writing world, but you could tailor it to any field. Here’s Book of Kells where Kelli Russell Agodon  (co-founder of Two Sylvias Press and editor of Crab Creek Review) publishes a humorous rejection letter by MAD Magazine and a snippet of a Facebook post by Cheryl Strayed on a rejection. The rejection letters appear as part of Agodon’s clever regular blog feature, Confession Tuesday (or confession Thursday or Friday–she allows herself to change the day–it is after all, her blog). Consider how social updating on platforms like Facebook and habits of texting blur former boundaries and create mini forms of their own; we spend a lot of time, whether we realize it or not, writing notes to one another. Though tailored for an audience of one, these short missives are also often casually aimed at an audience of more than one…just thinking about how our concepts of audience have become so complicated.

At 365 Letters: Write, Mail, Connect, blogger Carla out of Texas started off writing and posting a letter every day in 2009, posting a letter writing topic a day in 2010, and has moved on to writing about the postal service, stamps, letter writing and mail art.  I also came across The Letter Writer’s Alliance, out of Chicago Illinois; their mission statement reads:  “In this era of instantaneous communication, a handwritten letter is a rare and wondrous item. The Letter Writers Alliance is dedicated to preserving this art form; neither long lines, nor late deliveries, nor increasing postal rates will keep us from our mission.” Blogger Joanna Haugen out of Las Vegas, Nevada blogs at  52 Letters Project: Reconnecting with The Handwritten Word. Her Project Details tab states,  “I refuse to believe that the handwritten word is dead…I’ve decided to rekindle my love of letter writing by chronicling 52 weeks of writing 52 letters to 52 different people.”

Though not technically a letter blog, another successful 365 day commitment blog (successful in terms of blog to book to movie) is written by Julie Powell–if you saw the movie Julie, Julia (starring Meryl Streep and Amy Adams) you know the blogger took on making a recipe a day from a Julia Child cookbook and posted about the experience. Julie encountered some difficulties at the time addressing her very much present and living hero (Julie Child); just something to consider when you start your own project. Here’s a link to Julie’s first (uncensored, be forewarned) post back in Aug of 2005 just before the book hit the shelves.

I’m thinking of Dear Abby, but it is my turn to confess I did not spend time sifting through the manifold relationship advice blogs, though I am sure Dear Abby would make a great blog. Maria Popova at Brain Pickings put together a lovely post on letters written by mothers: From Abigail Adams to Anne Sexton to Maya Angelou, History’s Finest Letters of Motherly Advice ; embedded you’ll find a link to a prior post hosting what Popova calls “an omnibus of history’s finest letters of fatherly advice.” Advice letters make a great format for a blog that would surely write itself depending on your passion for the topic and/or audience you chose to address. 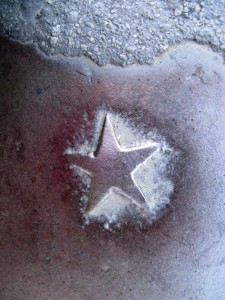 I’m not sure why I ended up in my closet on a stool this past week (avoiding the poem pushing to be written that day, no doubt), but there I was, flipping though a handful of journals (they line a two ten-foot spans of shelving). In addition to cultivating a lifetime habit of journaling, I have also always kept track of my dreams. While time pales the urgency and vitality of some dreams, others remain potent and vivid. I  came across one about a Midwest farmer named Ephron Butterfly who surrendered armloads of delicate paper cutouts of pale green cabbages and butterflies into my safekeeping. Why not write a letter to him? Or as him? What about dream blogging? One has to consider the public/private line (a topic we discuss in Transformative Blogging classes each and every session), but I could see how writing a letter to or from a dream character would give you–the blogger–a playful, engaged, personal yet impersonal point of entry from which to blog.

This concept has come up in conversation over the years with my sculptor friend Sandy Frank who uses her journals as a prelude to sculpture. Heather out of British Columbia (A Penchant for Paper)  has re-purposed her journals on her blog. While her main focus is reviewing implements and supplies for writing (her tabs include Pen and Pencil Reviews, Notebook and Paper Review, Book Reviews, Creativity and Productivity), under her Creativity Tab you’ll find links to her beautifully organized art, scrapbook and visual journals. What a generous outpouring of process and art.

And here’s another example from Dear Mr. Postman, a little brain shake for those of you who like to shimmy,  which is an underworld travel essay post she put up after “digging through old writings about Rome.”  Barbara Ann Yoder also wrote about her experience of mining a dream about the moon (and painting the moon) for her writing exercise, Playing with Paints on her website dedicated to inspiring writers with prompts, quotes, and beautiful imagery.

I’d love to hear from you in comments below: have you used letters as posts on your blog? Any stellar links to add that we should peruse? What letter would you write today if you could?

The Emily Dickinson Museum, and here’s a link to the museum’s write up on Emily’s letters, complete with a list of upwards of 10 different volumes based on the letters as well as an ongoing database of letter transcriptions.

The Book of Kells: Rejection Letter from Gertrude Stein (poem) by Marjorie Manwaring

Anne Hill (who I first encountered through the Bay Area Bloggers Society) Hosts Dream Talk Radio with an array of interviews and podcasts (featuring guests from Gayle Delaney to Robert Moss and more): Anne Hill: Culture, Consciousness and Dreams of the Future.