Nefertiti on the Astral 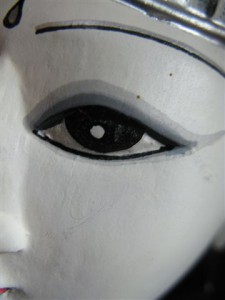 Nefertiti on the Astral

I did what I came to do. Dead, I have the luxury
to know: the locus of power is not the body,

though how lovely: my daughter’s daughter’s
etc., daughter, sitting beside the Nile, sun falling

on the brown half moon of her nipple, the blue-
veined tributary of her breast flooded with milk

at the wet clamp of her newborn’s mouth.
I would choose it all again: those fevered bonds

of motherhood, the pharaoh’s celestial gaze
when he chose me, the roots of my hair copper…

To review the photo montage and read remainder of the poem visit: Prairie Wolf Press.

Photo Poem Montage, “Nefertiti on the Astral” by Tania Pryputniewicz accompanied by the photographs of Robyn Beattie  and on piano, the music of Bela Bartok, “The Island of Bali,” as performed by Stephen Pryputniewicz. Both text of poem and the montage appeared in the premiere issue of Prairie Wolf Press.